The Rights And Wrongs Of Life In The Metaverse – Legal Cheek 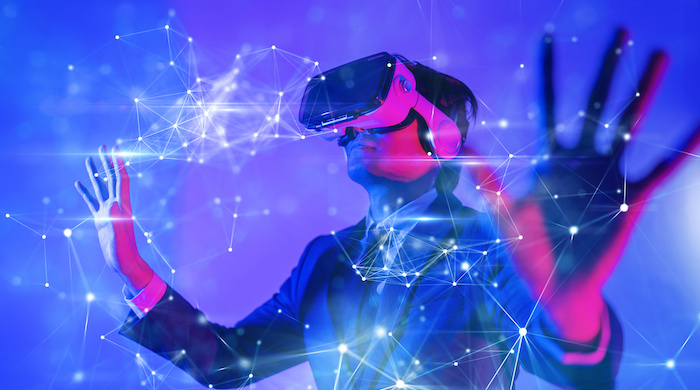 In his 1929 presentation to the Royal Society of Arts, the artist Tom Purvis concluded: “we hear lots of talk about artists not being business men; but what I should feel grateful for, and I think commerce would benefit greatly by, would be more business men who were artists; that is to say, let us have more artistic understanding in commerce and there will be much more commerce in art”.

Almost a century later, the business world has become acutely conscious of art’s commercial use. The metaverse, a virtual 3D space in which individuals can interact with one another, is one of the most daring examples of this. But, I wonder what Purvis, who is famous for combining the artistic and the commercial in his eye-catching advertising posters, would have thought of the metaverse? Would he perhaps feel that business had been carried away by the artistic?

When doing business in the metaverse, it is worth asking what you really own. Andres Guadamuz’s excellent blog underlines the importance of considering the terms and conditions of a metaverse provider’s licencing agreement when figuring out what you own in a virtual world. He sketches out three broad scenarios.

The first is a platform model, where the company providing the service owns everything in the virtual world. The second is a more generous version of the platform model, where the service provider allows users to own what they purchase or create in the metaverse. This has been adopted by Second Life which grants its metaverse users rights in the front-end code and content they own or create, whilst retaining rights to the back-end code. And the third is a community model, where the users own everything in the metaverse and a user’s stake is determined by their possession of digital tokens. As Guadamuz points out, the first two categories dominate at the moment, whilst the third model is the end-goal for ‘Web3’ virtual worlds, like Decentraland and Axie Infinity. In short, the contents of the end user licence agreement lay out the basic limits of what can be owned in the metaverse.

This means picking the virtual world with the right licence agreement is essential. The prospect of owing digital property in virtual worlds (combined with the frenzy for NFTs) is driving the interest of the likes of JP Morgan. And the American banking titan wants to take it even further. It reports that “the virtual real estate market could start seeing services much like in the physical world, including credit, mortgages and rental agreements”. But how realistic are JP Morgan’s hopes of applying land law to digital property? Well, the ground seems a little shakier regarding the legal status of this ‘property’.

English courts are steadily developing a patchwork approach to ‘virtual property’. Recent case law (following the initial precedent set in AA v Persons Unknown) has seen cryptoassets recognised as property for the purposes of the Proceeds of Crime Act 2002 (DPP v Breidis and Reskajs) and being deemed capable of forming the subject matter of a trust (Wang v Darby). However, it is not a clean sweep with the digital currency Bitcoin being considered too volatile to be used as security for a defendant’s costs (Tulip Trading Ltd v Bitcoin Association for BSV and Others). This could have ramifications for the risks in relation to the issuance of legal mortgages that JP Morgan hopes to take over digital assets in a volatile virtual real estate market. As Gilead Cooper QC indicates, commercial interest may drive the need for a more coherent and comprehensive legislative structure in the future (as Cooper puts it, a “Law of Virtual Property Act” of sorts).

Intellectual property, however, provides a more developed approach to property in the metaverse. This month has seen the luxury fashion brand Jonathan Simkhai release their 2022 collection in Second Life and Roblox recently ran its first Annual Paris World Fashion Show, spearheaded by Paris Hilton. Decentraland has also announced a four-day fashion week that will take place in March. These events have also attracted advertising such as Boohoo who recently bought rights to advertise on virtual billboards at the Paris World Fashion Show.

Want to write for the Legal Cheek Journal?

But more interestingly, they also cater for the possibility of cross-selling physical goods, filing for protection over “custom manufacture and custom 3D printing” for many of these items. Furthermore, they seem to share JP Morgan’s mindset to some extent, demonstrated by applications for trademark rights which allow for the “leasing of digital content [… and] leasing of reproduction rights of digital content”. It is also clear from Nike’s redrafting of its trademark applications, which now explicitly state the desire for protection against “counterfeiting, tampering, and diversion”, that there will be pressure on metaverse providers to police and actively enforce these rights.

Another angle that is appealing to metaverse users is obtaining IP rights over their avatars. This is not unprecedented. In 2008, Alyssa LaRoche successfully trademarked her Second Life avatar ‘Aimee Weber’. You might also seek to copyright your avatar, given the success some have had in copyrighting fictional characters in certain jurisdictions. Notably, in the US the Batmobile, Mickey Mouse, Donald Duck and Sherlock Holmes (which has seen recent litigation over the Netflix film Enola Holmes) have all enjoyed copyright protection.

Based on this influential US jurisprudence, there are broadly two legal hurdles to be overcome. First, the character must be central to the story more than just “vehicles for the story told”. Accordingly, in Warner Bros. v Columbia Broadcast Systems the main character Sam Spade did not receive copyright protection, but in Universal City Studios v Kamar Industries, the character E.T. in Steven Spielberg’s film was copyrightable. Second, the character must be sufficiently distinctive. As the judge noted in Nichols v Universal Pictures, “the less developed the characters, the less they can be copyrighted”.

This is a whistle-stop tour of the commercial rights that are potentially available in the metaverse. But everything gets more complicated when we consider the wrongs of the metaverse. Reports of some users experiencing harassment and occurrences that would likely have incurred legal consequences if they were to have taken place in the real world, has left many wondering how tort or criminal law might apply to the metaverse, or if there may be some circumstances in which an avatar could be granted legal standing. Again, this is not a new question either specific to avatars (the 2008 incident where Ailin Grief who made her fortune buying and developing land in Second Life, saw an interview involving her 3D avatar ‘Anshe Chung’ derailed by a hacker who peppered the virtual set with images of “delicately-animated flying penises” for 15 minutes raised such concerns) or more generally in relation to online harms.

One option might be to grant avatars some form of legal personality. Questions of distinguishing the user and the avatar have arguably already been explored by existing company law (see, for example, how the courts distinguished between Mr Lee and his company in Lee v Lee’s Air Farming). A system which, similar to company registration, could be set up to allow users to register their avatars’ separate legal personality.

In some instances, common law could fill the gap. For example, the courts might consider broadening its definition of ‘the danger zone’ for primary victims (White v Chief Constable for South Yorkshire Police) for those suffering psychiatric injury as a result of interactions in the metaverse. Or they could treat a metaverse user as a secondary victim by expanding the means by which events can be perceived beyond the limited scope of one’s unaided senses as laid down in Alcock v Chief Constable of the South Yorkshire Police. But if there is neither standing nor any acknowledgement of agency between user and avatar is made, there will undoubtedly remain a potentially dangerous gap in the law.

Purvis believed art should be useful. “I claim that art today is being applied, and should be applied more definitely to human needs, and it is the type of art which helps to develop the nation’s prosperity”. It was profoundly interconnected with “life and progress”. Such an aesthetic perspective is undoubtedly a mantra that the entrepreneurial artists building the metaverse embody. But as we seek art’s utility, increasingly integrating it into our lives, we should also consider its rights and wrongs.

William Holmes is a future trainee solicitor at a magic circle law firm.

Want to write for the Legal Cheek Journal?