by NewsReporter
in Local News 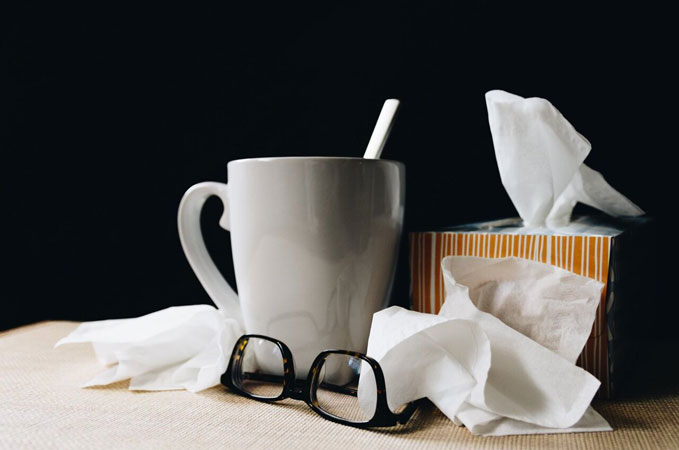 Having paid sick leave may help you live longer, according to new research published in the American Journal of Preventive Medicine.

The study published this week found that paid sick leave requirements were associated with lower rates of suicides, homicides, and alcohol-related deaths.

According to the research, laws that require employers to provide paid sick leave may help lower mortality from suicide and homicide. In addition, state laws that preempt local governments from mandating paid sick leave and minimum wage requirements likely contributed to the 6 percent increase in mortality recently observed among working adults. The researchers estimate that mortality could drop by about 5 percent in large cities if they required companies to offer paid sick leave to employees who work at least 40 hours a week.

The United States does not have any paid sick leave requirements and state-level preemption laws often make it impossible for local governments to mandate requirements that improve workplace conditions.

“When states block local authority to improve working conditions, such as requiring paid sick leave, it has life and death consequences,” co-investigator Jennifer Karas Montez, PhD, the director of the Center for Aging and Policy Studies at Syracuse University, told Healthline.

The researchers evaluated death data sourced from the Centers for Disease Control and Prevention (CDC). The death data included cause of death (suicide, homicide, drug poisoning, acute alcohol poisoning, and transport accidents) and county of residence.

The deaths occurred among adults ages 25 to 64 between 1999 and 2019. The researchers then estimated the association between death counts and minimum wage and paid sick leave requirements.

State preemption laws, which can override local mandates, have restricted local governments from successfully enacting such requirements. The researchers say these preemption laws stifle innovation and make it difficult for people to take time off work to get medical care.

The estimates suggest that mortality among working adults could have been 7.5 percent lower if states had not blocked four counties from attempting to mandate paid sick leave – Orange County, Florida, and Bexar, Dallas, and Travis counties in Texas.

“These findings indicate that the preemption laws have the potential to exert adverse consequences on working-age mortality,” the researchers stated in the study. People who do not get paid sick leave at work are more likely to put off medical care and go to work when sick. This also increases the odds they’ll expose their coworkers to illness.

They also have a greater risk of injuring themselves at work and experiencing fatal accidents. Without paid sick leave, people’s lives can be upheaved at any moment – it takes them longer to recover from job loss, which increases their risk of suicide and drug use. In 2016 the American Medical Association adopted new policies recognizing the health benefits of paid time off.

“Workers without paid sick days are more likely to work sick and are more likely to delay needed medical care, which can lead to prolonged illness and worsen otherwise minor health issues. Lack of paid leave also has a ripple effect across a worker’s family,” former AMA Board Chair Dr. Barbara L. McAneny, saidTrusted Source at the time. “Paid sick leave has been shown to aid children’s health, shorten hospital stays and reduce the risk of disease transmission by allowing parents to stay home with sick children.”

Research suggests that raising the minimum wage could receive financial stress, help people afford necessary medical careTrusted Source, and improve their overall life satisfaction. Together, these work condition improvements could reduce suicide rates, according to past evidence. Montez says state policymakers should evaluate the pressure they receive from corporate lobbyists in order to improve working conditions against the cost of their constituents’ lives. “For things to change, we need greater awareness among the public that these types of preemption laws are enacted to appease major corporations and wealthy donors, and we need greater awareness that these laws can create substantial costs in terms of premature deaths,” Montez said. New research found that paid sick leave requirements are associated with lower rates of suicides, homicides, and alcohol-related deaths. When workers have paid sick leave, they’re more likely to take time off when sick and seek medical care. They also have a lower risk of injury and mortality from suicide, homicide, and alcohol use.

Another day, another immediately-called-out claim from law enforcement asserting an improbable fentanyl tale.The latest example of this marathon of misinformation continuing despite those aforementioned swift callouts comes from the official Twitter account of the Texas Department of Public Safety, which said in a peculiarly constructed post this week that “one of...

Fall Festivals San Antonio | Image Credit: Wurstfest FB Page During Fall, San Antonio seems to become even cozier. It’s hard to tell if it’s because of all the warm tacos available or all the fun from the Fall Festivals in San Antonio. Either way, the fun of Fall in...

The South San ISD Board of Trustees sought to remove two district trustees for allegations of "incompetency and official misconduct" during a Sept. 19 meeting. Photo by Amber Esparza The board of trustees at South San Antonio Independent School District petitioned to have two of its members removed for “incompetency...