My Top Metaverse Stock For 2022 (And Beyond) – Motley Fool

According to Emergen Research, the metaverse has the potential to become an $800 billion space by 2028, which means 43% annual growth between now and then. This total addressable market (TAM) matches the estimated TAM of electric vehicles, which is expected to reach $800 billion by 2027.

While there are plenty of companies looking to tackle the metaverse, few will likely be successful. This space is still in the very early stages, and a lot of research and development (as well as timely mergers and acquisitions) will be taking place over the next couple of years. If I had to choose one stock to benefit from the growth of the metaverse, however, it would be Unity (NYSE:U). Here’s why. 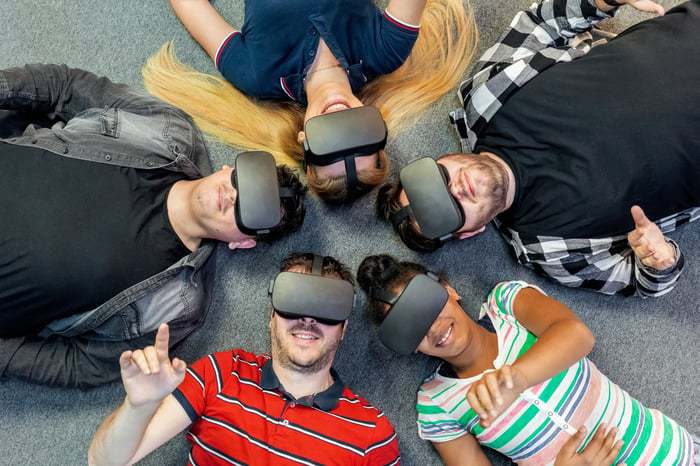 Where Unity fits in the metaverse

Today, Unity is a video game development platform where over 1.5 million game developers go to create, operate, and monetize games. Over 70% of the top 1,000 mobile games were made on Unity’s platform. The company does more than just make games, however. Unity also offers simulation development solutions for aerospace, car, and manufacturing companies. While most of the company’s revenue comes from game developers, this optionality is impressive.

Unity operates in what is almost a duopoly with Epic Games’ Unreal Engine, but Unity has one major difference: simplicity. Unity’s engine runs on a coding language that is magnitudes easier to understand and learn, making it easier for non-expert developers to build a game. While expert game developers might use Unreal, the majority of developers in the world are not experts, and Unity is the main platform for them.

This simplicity also gives Unity the upper hand when it comes to the metaverse. The reality of the metaverse is that there will be hundreds, if not millions, of worlds within it. You and I might have our separate digital worlds, but there will also be places where we can overlap. This means that there is the potential for millions of people to develop their own digital worlds, and Unity could be the company to capitalize. Many people around the world have never developed games before, so the ease of use and simplicity of Unity’s solution could allow it to become the primary metaverse development platform.

Unity also recently acquired Weta Digital — which was used to develop the graphics for movies like Avatar and Lord of the Rings. Weta is the gold standard for real-time 3-D content and graphics, and this acquisition allows developers to use Weta’s tools in their games. Weta’s tools could also be used to develop the metaverse with enhanced visual graphics rather than unappealing blocky characters. With Weta, the metaverse could be developed to look incredibly real — something many consumers would likely want.

The bumps in the road

There are some downsides to Unity. The first is that the company is still unprofitable. It lost over $371 million in the first nine months of 2021, which was the majority of the $615 million in revenue brought in over the same period. The company also had a free cash flow of negative $100 million for the first nine months of 2021, compared to break-even free cash flow in the year-ago period.

If the metaverse does explode and become as popular as many analysts assume, Unity looks like a top dog to take control in the space. However, neither sales growth nor achieving profitability in the metaverse is a guarantee. This industry is still in the early innings, and no one knows exactly how much traction it will gain or how quickly it will gain it. Luckily, in the meantime, Unity has a robust business without the metaverse.

Why Unity could be a winner

If the metaverse does grow as investors believe it could, Unity could reap major rewards. That would also likely mitigate the company’s financial losses.

At 32 times sales, this stock is not a steal. Other metaverse hopefuls like Meta Platforms and Microsoft are only trading for 8 and 13 times sales, respectively. Investors are still paying a premium to buy this stock today. But because it’s a leader in the game development industry and arguably has more room to grow its market cap of $33 billion than Meta Platform’s $900 billion or Microsoft’s $2.3 trillion, I think investors should consider paying up for this high-quality company. With its simplicity of use and the superior quality of its product, Unity is my top metaverse play. I have few doubts that it will boost a portfolio in 2022 and beyond.

This article represents the opinion of the writer, who may disagree with the “official” recommendation position of a Motley Fool premium advisory service. We’re motley! Questioning an investing thesis — even one of our own — helps us all think critically about investing and make decisions that help us become smarter, happier, and richer.