Major Update After Dad Finds Wife And Daughter, 8, Dead In Back Of Her Car As He Returned Home From Work… – The US Sun

by NewsReporter
in Local News

A PHOTO has been released of the mom who was found dead alongside her daughter in the back of her car after the dad returned home from work.

Leticia Marie Pecina, 44, allegedly suffered from self-inflicted stab wounds to her chest, according to officials.

Her daughter, Aurelia Alvarado, who was sitting next to her, appeared to have died from strangulation in what cops believe to be a murder-suicide.

The father of the 8-year-old girl, Jorge Alvarado, came home to a gruesome discovery after work on August 30 just before 5.30pm.

He found his wife and daughter in the back seat of a car parked outside their home on the South Side of San Antonio, Texas. 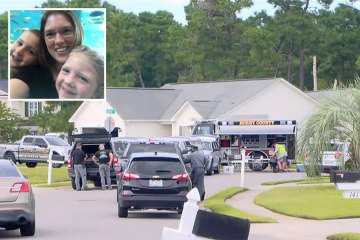 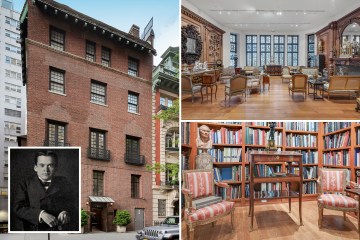 Alvarado was married to Pecina since 2006, according to county records.

Pecina retired in 2018 after working as a juvenile detention officer for Bexar county.

She was named Employee of the Year in 2015 by the Juvenile Detention Department’s Office of General Counsel.

The investigation remains ongoing as police search for clues.

The Sun has approached the San Antonio Police Department for comment but has not received a response by the time of publication.

If you or someone you know is affected by any of the issues raised in this story, call the National Suicide Prevention Lifeline at 800-273-TALK (8255) or text Crisis Text Line at 741741.

The Mercury’s Sound Off For Sunday, Sept. 25 – The Mercury

People of Pottstown years ago cleaned their sidewalks at least once a week. Owners, renters. storekeepers every day were out there every day sweeping before opening for business. We should all hang our heads in shame when we have to have volunteers come in to clean up our neighborhoods because...

With the team playing two games in Austin this season and Austin billionaire Michael Dell buying a 10 percent share of the team last year, U.S. Rep. Tony Gonzales worries it might, even as the Spurs’ owners have sought to reassure fans and local officials that they have no plans...

Migrants at Martha’s Vineyard after Governor Ron DeSantis’ relocation TODAY / YouTube There is always a new low for Trump Republicans. And that is pretty frightening. Take the latest exercise in lawlessness, dishonesty and cruelty from Florida Gov. Ron DeSantis. He chartered a plane to send dozens of mostly Venezuelan...