Fifteen years after its launch, a Google Maps feature that lets people explore faraway places as though standing right there is providing a glimpse of the “metaverse” being heralded as the future of the Internet.

There was not yet talk of online life moving to virtual worlds when a “far-fetched” musing by Google cofounder Larry Page prompted Street View, which lets users of the company’s free navigation service see imagery of map locations from the perspective of being there. 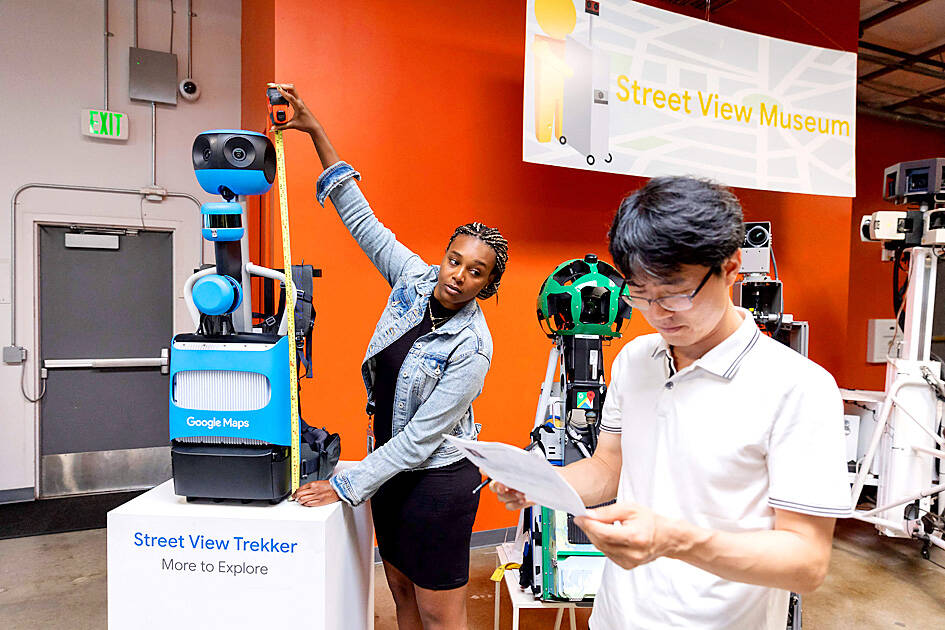 “Larry Page took a video camera and stuck it out the window of his car,” Google senior technical program manager Steven Silverman said, while showing the garage where the company builds cameras for cars, bikes, backpacks and even snowmobiles dispatched to capture 360° images worldwide.

“He was talking to some of his colleagues at the time, saying: ‘I bet we can do something with this.’ That was the start of Street View,” Silverman said.

Street View lets people click on locations in Google Maps to see what it might look like were they at that spot, and even look around.

“You’ll be able to experience what a neighborhood, landmark, restaurant or popular venue is like — and even feel like you’re right there before you ever set foot inside,” Daniel said.

“With a quick search, you can virtually soar over Westminster to see the neighborhood and stunning architecture of places, like Big Ben, up close,” she said.

Street View imagery has been gathered in more than 100 countries and territories, ranging from places such as Mount Fuji and Grand Canyon National Park to the Great Barrier Reef.

“If you want to see what it’s like to go down a ski slope, you can see where that snowmobile has gone,” Silverman said, nodding toward a maroon snowmobile in the garage in the Silicon Valley city of Mountain View, California.

“That trike was really funny because it went around Stonehenge; and we put it on a barge and went down the Amazon River,” he said of another vehicle.

He pointed to a backpack camera system taken for a zip-line ride in the Amazon, to provide a bird’s-eye perspective.

“It absolutely plays into the metaverse,” Milanesi said. “The idea of a digital twin of the world is certainly one aspect of it that Google will solve.”

Silverman reasoned that, in a sense, Street View has been giving users a virtual experience for more than a decade, and the imagery naturally lends itself to depicting the real world in virtual settings.

“Ideally, that metaverse, that world that we move into, we’re going to be there,” Silverman said.

Scores of tech firms have been rushing to invest in building the metaverse, a loose term covering the growing ecosystem of interactive online worlds, games and 3D meeting places that are already attracting millions of users.

Earlier this year, Japanese giant Sony Corp and Lego’s Danish parent firm announced a US$2 billion investment in US gaming powerhouse Epic Games for its work toward joining the metaverse vision for the Internet’s future.

What started as a “far-fetched idea” by Page is “critical to our mapping efforts — letting you see the most up-to-date information about the world, while laying the foundation for a more immersive, intuitive map,” Google Maps product director Ethan Russell wrote in a blog post.

Comments will be moderated. Keep comments relevant to the article. Remarks containing abusive and obscene language, personal attacks of any kind or promotion will be removed and the user banned. Final decision will be at the discretion of the Taipei Times.

DUBAI, 25th September, 2022 (WAM) -- Dubai Metaverse Assembly will be organized by Dubai Future Foundation (DFF), under the patronage of H.H. Sheikh Hamdan bin Mohammed bin Rashid Al Maktoum, Crown Prince of Dubai, Chairman of the Executive Council and Chairman of the Board of Trustees of the DFF, on...

Why Epic Games Partnered With This Metaverse Startup – Bitcoinist

Per a report from TechEu, a Metaverse startup called Hadean has partnered with gaming giant Epic Games. The London-based company has recently completed a Series A funding round, and it’s ready to expand its operations. Hadean was successfully able to raise $30 million in its round, led by Molten Ventures,...

Read about this week's developments, news, and trends in the Web3 ecosystem. Flipkart to soon enter the metaverseThe Decrypting Story reported earlier this week that ﻿Flipkart﻿ is soon launching Flipverse, an interactive, metaverse-themed virtual shopping destination, in India. Sources close to the development confirmed that the ecommerce player has teamed up...

(123rf)Calls for measures to counter sex crimes in the metaverse are rising with an increasing number of predators targeting teenagers.Huh Kyung-mi, a professor of police administration at Keimyung University, said that legal measures are essential to respond to sexual exploitation in the metaverse in a paper published on Sunday.According to...